I break and fix shit 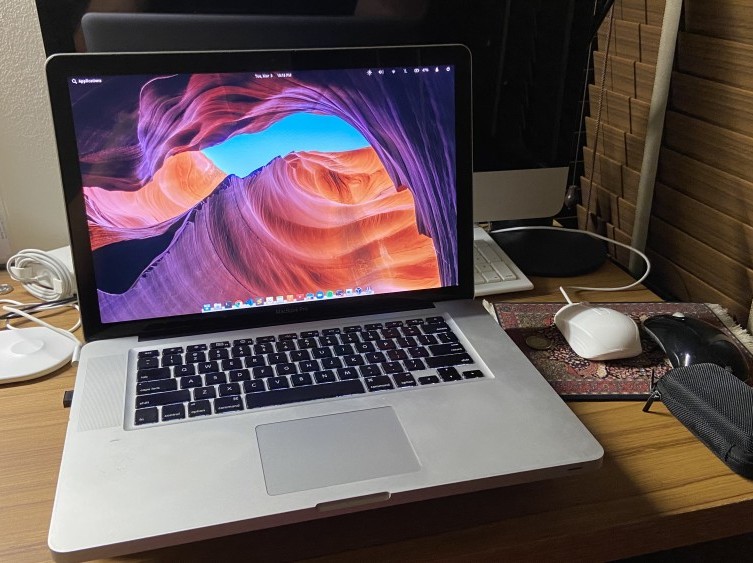 The second generation 2010 MacBook Pro 15″ (MacBookPro6,2) with the Intel Core i5/i7 is arguably one of the best MacBook Pros Apple ever made, bar a few issues. These aluminium unibody MacBooks were the first to have built-in batteries which gave it a much larger battery with incredible battery life, but still had user-replaceable SATA drives and RAM. The battery was also a replaceable component and not glued to the case. Till today, the screen, keyboard and touchpad on my 2010 MacBook Pro 15″ still beats most Windows laptops on the market – bear in mind this laptop is now 10 years old and has traveled the world with me.

After the 2010, MacBook Pros started going downhill: Late 2nd gen (2011) MacBook Pros were riddled with AMD GPU problems. 3rd gen (2013) “Retina” models had memory soldered on the board and had massive Staingate issues. 4th gen (2016) MacBook Pros had only USB-C ports, an unreliable keyboard with the butterfly mechanism, and a bunch of other issues such as thermal throttling.

In 2016, I upgraded to a new MacBook Pro Retina 15″ and was very hesitant to sell this old workhorse away, so I kept it as a spare which I used occasionally at home or when travelling. Unfortunately sometime around 2018 (I think) the laptop started to crash/freeze randomly: It seemed to be a GPU heat-related issue because it would crash when I ran something GPU intensive, such as AutoCAD Fusion. I was able to throttle the GPU, or force the laptop to use only the built-in Intel GPU, and it solved the problem – but not for long.

Thinking this might be a problem with the old, hardened, and poorly applied thermal paste, I pulled the heat sink apart and applied a new coat of thermal paste only to make it worse: this time macOS would get stuck when booting up. Turns out both my Intel iGPU and nVidia dGPU are having trouble and I have no idea why – maybe I flexed the motherboard ever so slightly while dismantling it and knocked some solder joints loose? Ugh.

So I decided to go down the path of installing another OS. Should I install Windows? That’s blasphemy.

I decided to install Linux. I installed Elementary OS (5.1 Hera) and I am loving it so far.

Some “daily” apps I am running in Linux:

The rest of this blog is more of a documentation for myself, but you can reference what I have done here if you want to get your MacBook Pro 15″ 2010 with a bad dGPU or iGPU going with Elementary OS.

Booting my MacBookPro6,2 (15″, Mid 2010) with faulty GPUs* took a very long time and system momentarily freezes, with lots of errors containing the phrase flip_done timed out. Adding nomodeset or i915.modeset=0 at the end of the linux line in GRUB would allow the MacBook to boot fine using just the nouveau drivers.

* It’s kind of weird because the initial freezing/kernel panic in macOS seemed like a problem with the nVidia GT 330M dGPU, but now I am convinced my fucking around with thermal paste (or flexing the motherboard ever so slightly while doing so) might have messed up both the Intel i915 iGPU and also the nVidia dGPU, that’s why macOS wouldn’t even boot now.

This is very unusual because the known issue this model year has is a bad voltage regulator for the framebuffer. This is not the same problem as the 2011 models which had bad solder joints for the AMD Radeon dGPU.

It is also worth noting that installing the official nVidia drivers (nvidia-340) would cause Linux to freeze. It turns out that only the open source nouveau driver worked fine.

The FIRST problem actually manifested itself when booting the Elementary OS USB installer – it would freeze for several seconds, work for a few seconds, then freeze again, making it unusable. This seems to be a bug in the i915 driver’s Direct Rendering Manager (DRM). I found some old articles with similar errors (flip_done timed out), but none of the suggestions fixes.

The eventual fix would be to append nomodeset or i915.modeset=0 in GRUB when booting the installer.

After the installation, we will need to make this permanent by editing /etc/default/grub:

The next solution is taken from this reference article.

For the MacBookPro6,2, these are the PCI devices of interest:

Create a new file mode 0755 /etc/grub.d/01_vga with the following contents (including the cat << EOF bits):

Run sudo update-grub to apply all the above changes to /boot/grub/grub.cfg.

Now, reboot. The system should boot up fine. However, X11 is not using the nouveau driver at this point and is using the modesetting driver instead. This isn't a big deal if you don't need that much graphics power, but the I am also having trouble with the system waking up from sleep.

Here's a simple script that you can run to find out. It will print the driver in use. (I got this script from somewhere but I lost the reference/link.)

By default, Elemetary OS did not configure X11 optimally and lets it run with defaults. This would let X11 run in the best compatibility mode on most systems but results in X11 not using the nouveau driver.

To resolve this, we need to generate an /etc/X11/xorg.conf file.

At this point, Xorg configuration would quit with a complaint:

At this point, you will find a newly generated file /root/xorg.conf.new.

Move/copy the file to /etc/X11/xorg.conf:

To conserve power, I also switched the dGPU to use the lowest clock speed.

When running with the Nvidia dGPU using the nouveau drivers, my battery life is severely affected. So as a bonus, I also tried running Ubuntu 18 LTS on this machine and surprisingly the Intel integrated i915 worked fine. I thought Elementary OS 5.x was based on Ubuntu 18?

Anyway, by disabling the dGPU, power draw can be reduced to around 15W idle versus 20-25W on the dGPU.

The magic trick here is to set some registers to disable the dGPU completely and to also switch the display to use the iGPU otherwise all you get is a black screen after switching off the dGPU.

Edit /etc/grub.d/10_linux, at around line 156, insert these before insmod gzio. (Taken from this reference.)

Edit /etc/default/grub and these to the following variable:

Run sudo update-grub to apply all the above changes to /boot/grub/grub.cfg.

Untested: By default the MBP boots with display switched to the dGPU, and if the above are set, there will be no display until the iGPU driver is loaded, so the following steps are required to set the EFI variable to tell the MBP to use the iGPU at boot time (at the stage of the Apple boot chime):

(Note: This did NOT work on my MBP, the EFI is not writable for some reason, and the files have immutable attribute.)